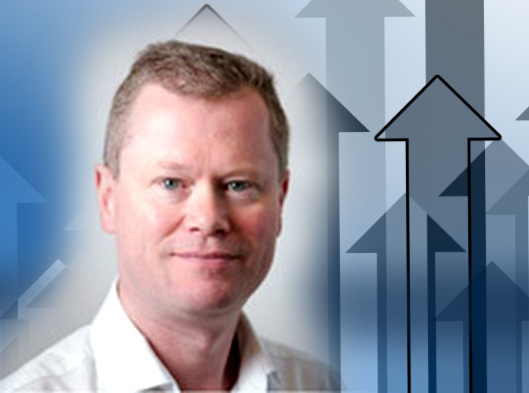 I have the pleasure of reporting for the KCC.

We have prepared a report detailing recent events in Africa and Asia which may be of interest.

Details of recent events in Africa and Asia are as follows

Heavy rainfall led to extensive damage and humanitarian impacts across Somalia during the second half of June through July. Four people were killed. Among the hardest-hit areas came in the Shabelle River basin as nearly 200,000 people were displaced from their homes following significant river overflow. More than 200,000 hectares (494,211 acres) of cropland was also submerged. Further flood damage was noted in the districts of Hirshabelle, South West, Jubaland, and Mogadishu. Seasonal flooding in Nigeria claimed at least 30 lives during July, notably in the period since June. Among the worst affected were Suleja City and Gwagwalada area near the capital Abuja. Seasonal flooding is likely to continue into August and September.

Torrential persistent seasonal rainfall worsened the flood situation across China’s Yangtze River Basin during the month of July. The death toll since June 1 rose to at least 175 as extensive flooding affected the hardest-hit provinces of Anhui, Hubei, and Chongqing municipality. Direct seasonal economic losses were estimated at CNY150 billion (USD21.5 billion); of which more than USD15.7 billion occurred in the month of July. Heavy seasonal monsoon rains continued to affect more than a dozen states in India throughout July. Among the hardest-hit states included West Bengal, Assam, Karnataka, Meghalaya, Arunachal Pradesh, Gujrat and Nagaland. Much of the damage was incurred along the Brahmaputra and Ganga Rivers and their tributaries. Nearly 75,000 homes and other structures were damaged. Government data noted that at least 742 people died in rain-related incidents, and 333 others died due to lightning strikes across 10,000 villages. More than 350,000 hectares (865,000 acres) of cropland was also submerged. Total economic losses are anticipated to exceed USD1 billion.

Heavy monsoon precipitation led to flooding and landslides across 31 districts in northern, northeastern, and southeastern Bangladesh. The rains, which began on June 15 and extended through July, caused notable inundation damage to nearly 1 million homes, roads, bridges. At least 119 people were confirmed dead. Officials noted the 2020 monsoon floods were among the most severe since 1988. Flash floods in Mongolia’s capital Ulaanbaatar and nearby Ömnögovi and Töv provinces were cited from July 2-4. According to the National Emergency Management Agency (NEMA) and local media reports, at least eight people died and 2,400 homes were inundated. Ulaanbaatar authorities estimated the cost of infrastructure damage at MNT4.7 billion (USD1.7 million).

Rainfall triggered widespread flash flooding and landslides across southern Japan from July 3-10, killing at least 82 people and injuring 114 others. Flood damage was most severe on Kyushu Island with varying levels of physical damage impacts to homes, businesses, infrastructure, and agriculture. The government allocated JPY400 billion (USD3.7 billion) to help with direct damage and recovery efforts across the hardest-hit areas of Kumamoto. An initial damage estimate of JPY106 billion (USD1 billion) was estimated to agriculture, forestry, and fisheries alone. The overall economic toll is expected to be even higher, and many thousands of property and automobile claims from Kyushu are anticipated.

Heavy rainfall swept across several regions of Indonesia from July 3-31, and caused widespread inundation and landslides. More than 100 people were left dead or missing. Some of the worst damage was cited in the South Sulawesi and West Kalimantan provinces, notably Luwu Utara District in North Luwu Regency, South Sulawesi. The Indonesian National Board for Disaster Management (BNPB) cited that more than 21,000 homes were inundated during the month. Total combined economic damage is likely to reach into the millions (USD).

The combination of monsoon rainfall and embedded thunderstorms caused notable damage in Pakistan from July 5- 31. At least 100 people were killed, per the Pakistan Disaster Management Authority (PDMA). The most widespread damage was cited in the provinces of Punjab and Khyber Pakhtunkhwa. Further torrential rainfall prompted landslides and flash floods in Karachi City. Up to 15,000 homes and other structures were damaged. Heavy rains coupled with strong winds affected southern parts of South Korea from July 13-30. South Gyeongsang, North Jeolla, and South Jeolla provinces were hardest-hit as 10 confirmed fatalities were cited. Government data noted more than 3,000 combined homes and other structures inundated or damaged during the month.

Parts of northern Vietnam were affected by incessant heavy rains from July 18-21. Five people were killed by flash floods and landslides in Ha Giang and Bac Giang provinces. Nearly 3,000 homes were damaged, and further losses were incurred to local infrastructure and agriculture. Total economic damage was listed by the government at VND495 billion (USD22 million). Monsoon rains triggered flash floods in Myanmar during a nearly two-week stretch from July 19-30. More than 4,000 houses in Amarapura Township were flooded alone due to the breaking of a river embankment.

Ed Gooda is a member of Klapton’s Claim Committee