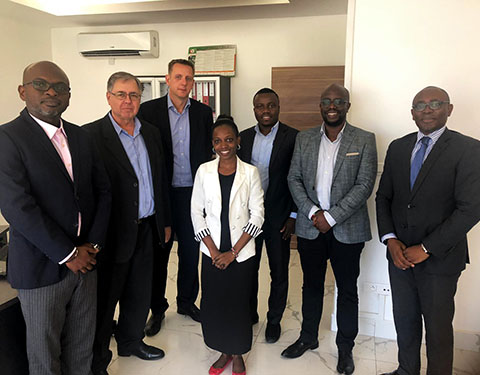 The KMA team was also accompanied by Chris Kiragu (CEO of Klapton Reinsurance Brokers in Kenya), who was instrumental in the establishment of KMA and recruiting the KMA team.

Shay Reches expressed Klapton’s desire to better understand the CIMA zone activity, as well as explore the ways to improve the participation of Klapton in the African francophone market.”